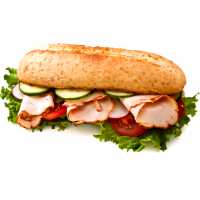 The full box deli dinner is $20/dinner, the movie is free. The dinner begins at 6:00 pm, followed by our featured movie on Zoom at about 6:30 pm. Meals will be delivered by Men’s Club members – to the local area only.

This year’s feature movie, Avalon, is a 1990 award nominated film about a Polish-Jewish family that comes to the U.S. at the beginning of the twentieth century. There, the family and their children try to make themselves a better future in the so-called promised land. The Polish-Jewish Krichinsky family began to emigrate to the United States in the early twentieth century, settling in Avalon, an inner-city immigrant neighborhood of Baltimore, Maryland. Although they brought with them many of their traditions, including a strong family network punctuated by several generations of the same family living under one roof and important decisions about the extended family being made by consensus (by what they call the family circle), they were in search of the American dream.

Send your checks, payable to Beth Abraham Men’s Club, to the office.

You need not order a box deli dinner to join in, schmooze, and enjoy the movie.