Phyllis thought she had retired.  However, a collaboration with two women who believed that sharing the experiences of their 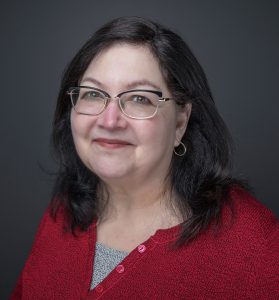 religious and cultural lives might lead to a better community and world, changed all that.   Phyllis, a Traditional Orthodox Jewish woman, along with Bushra Shahid of the Ahmadiyya Muslim Community, and, later on, Sister Jeanette Buehler of the Sisters of the Precious Blood, started the Women’s Interfaith Discussion group in the face of Islamophobia and growing anti-Semitism.  Phyllis encouraged other Jewish women to come and represent themselves to our Muslim and Christian neighbors.

It became their goal to provide a venue for civil discourse among people of faith who were willing to accept and appreciate the many faiths right here in our own community. The Women’s Interfaith Group has continued to grow, with numbers surpassing 100 at their monthly meetings. Meetings have been held at synagogues, mosques, and churches, giving participants the opportunity to experience the many faiths, traditions and cultures in our own community.

Phyllis’ desire to help shape policies related to scholarship, inclusion, racism, and anti-Semitism actually began in college as she represented her Sigma Delta Tau sorority on the Panhellenic Council at the University of Cincinnati.  Her career then led her to positions as a High School teacher in Northern Michigan and in Texas. She then came to Dayton to work as touring company manager for the Dayton Ballet, and later as its Marketing Director.

Each of these communities and positions offered new challenges in religious observance, new opportunities to find common ground with people quite different from each other, new leadership experiences and exercising “tikkun olam” – the Jewish responsibility to repair the world.