A social worker for over 50 years, Bonnie’s career has focused mostly on families and children.  Bonnie worked with several 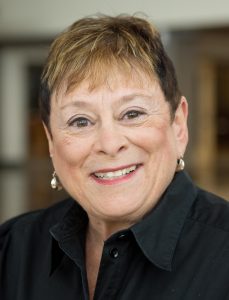 A significant highlight in Bonnie’s professional journey was two long term stints at Jewish Family Services in Columbus.  The first, and probably the most significant to her, was her work in resettling refugees from Southeast Asia and the former Soviet Union.  Her work with these families primarily dealt with the mental health issues that were the result of leaving a war-torn country and coming to the United States.  While at Jewish Family Services the second time, she became involved with the Vocational Department, which led to a position on the national board of the International Association of Jewish Vocational Services.

Bonnie has also held several academic appointments and was a Senior Fellow at the Academy for Contemporary Problems, a national “think tank” that studied the mental health issues of refugees.

Since coming to Dayton, where she is the Executive Director of Dayton’s Family Services Association, her volunteer work has included appointments to the Montgomery County Board of Developmental Disabilities, the WYSO Resource Board, County Corp Board of Trustees and the Ethics Committee of Graceworks Lutheran Services.

Bonnie is the mother of two beautiful daughters and the grandmother of the “perfect four.”